This, However, Is Not Some Yucky Punchline But Our Freaking Reality

Though we provided a news flash when the most embarrassing event of the day was still fresh and hot, I have to return to the postreal-surreal and at the same time extremely distressing performance of our Lego Duce which I had the good fortune to follow live courtesy of our national M(igrant)1 channel.

Behold the usual national Grotesque: the drooping head of Harrach, the drool of Lajos Mocsai, the enamoured eyes of Zsolt Semjén, the sardonic grin of Comrade Bakondi[1], the vacuous look of Gábor Széles, the devout-appreciative-satisfied grunts of older and younger men and women clad in their finest when hearing some shamefully yucky Dakota wisdom… The leader has spoken. It was rather creepy listening to the stale details of his earlier lines already ridden to death. Truth be told, I do not even feel like contrasting the mountain of bullshit he just delivered with the polar opposite truths said by the very same person 5-10-20 years ago. Though that list could go on forever.

And though a bloody year evaluation (?) is not as important as we make it out to be, the fact of the matter is that the expressions “the situation is tragic” and “we’re in deep shit” offer but a meagre description of what we’ve just heard and where this delirious dickhead is leading our country. If I were in a good mood I would not give a f*ck that he – as per custom deliberately and provocatively – called our very own ignoramus, half-wit and failed plagiarist-ex-president Pál Schmitt Mr President and greeted him before he did everybody else purely out of spite.

If I were in a good mood, I could laugh that the very prime minister delivered a speech not unlike Comrade Ceausescu used to at any given Communist Party congress some 40 years ago where no occasion was missed to mention how the five-year plans were fulfilled over the norm. Sometimes even the ten-year plans. Meanwhile the people of the country were starving, freezing and suffering in the dark. Literally and figuratively speaking as well. I am not in a good mood, so I cannot roar with laughter.

Neither can I laugh – and let us be content with mentioning just this snippet from the one-hour-long yammering – when Orbán explains how history gave the finger to the fans of the liberal world order, globalists as well as their media-hordes and their owners. In 2016 the finger was also given to those with arrogant contempt and to the fans of money, global media, world government and open world order. Liberals view thepeople as a threat to democracy.

Hang all the crap that Hungary is thriving, that we only have to wait a tiny bit longer and can launch ourselves to space. Total employment, salary increase, successful healthcare, education, foreign politics, we have protected, we are protecting, we are being envied by all. And just as through the success of the referendum we forbade others to dictate us who to let into our country and who not, we will now protect the reduction of taxes and household expenses from the vile plotting of Brussels. George Soros in particular can go rot where he is. It is a story of success as far as our eyes (waiting for the cataract operation due in 9-months’-time) can see.

Even if this had been my first time watching this compulsively twitching man, yammering spasmodically, haltingly but at the same time pretentiously while constantly licking his lips and joking confidently heartened by the warm atmosphere of the home team and their appreciative sniggering, I would know that he and his ilk should be given as wide a berth as possible.

Alas, I am not that fortunate. I know all too well that this piece of shit has played the role of  prime minister for almost 10 years now, sheltered from reality under a glass dome, hiding behind curtains and other concealing persons and objects from the spontaneous questions of the public. He has refused to face the actual Hungarian reality for almost a f*cking decade and trembles at the thought of an encounter with his people. Yet, this humanoid was able to utter the sentence that liberals view the people as a threat to democracy. And as if it was not troubling enough: the subjects gathered there applauded looking and winking at each other how well our Viktor has spoken again.

Listen up, folks! This raving psychopath kept himself separated by a thick police cordon today from a handful of Hungarian citizens (not SNC-comrades, citizens!) who troubled themselves to go and blow their whistles at him. This desperately ill man (and by this I am not saying he does not know what he is doing) isolated himself aforethought from reality yet has the gall to babble about the will of the people. The very people they are so afraid of, whose voice they are refusing to listen to. This chronic personality disorder of a man and lying fraud who has outgrown not only his badly tailored jacket but his maimed country as well, is unwilling to take notice of anything he has built around him.

You, shameless humanoid, you, most destructive of prime ministers ever! The certainty that your cordon demolishing younger self would puke at you after listening to this speech is insignificant only because you yourself had admitted to your schizophrenic tendencies. My opinion is that this is not a tendency anymore, this is full blown schizophrenia itself. One thing and one thing only was clear today: in your delirious dreams and delusions full of ultra-nationalist hatred, instigation and war psychosis you really picture yourself as a god-king; this, however, is not some yucky punchline, but our freaking reality.

The chance of you becoming the leader of Europe and preferably the whole world is roughly the same as us Hungariansgiving refuge toscared politicians and journalists of the west in search of their lost Europe here. Your obsessions and frustrated small-timerness will ruin this country nonetheless. I do not have to cite economic data and evident facts because you are not interested in numbers. However:

“It is yet hidden from the human mind which day the irresponsible game will end, but every clear mind can see that power marches towards its doom. (…) No country can be ruined unpunished, not even our country. Those who degrade a former champion to lagging behind in a race cannot go unpunished. The sacrifice, sweat and hard work of the people cannot be wasted. Someone has to answer for the illegally classified data, for ruining our national economy, for the sins committed against our citizens. (…) the people have the right to chase away a government, even in a democracy, if it governs against the will of the people, if it endangers the vital interests of the people.” (Viktor Orbán, 15th March, 2007 – The Last Constitutional Tool: The Popular Vote)

Yes, we are watching this irresponsible game. You have been playing it since we first met you. Only ideologies and the actual enemies change but the war is permanent. You acted like this as a liberal and you do the same as a pseudo-nationalist. You acted like this in opposition and you do the same in government. In the meantime, however, your condition has deteriorated and you have made a significant part of the Hungarian society just as ill as yourself.  You have committed an unforgivable sin and brought about serious destruction and it is especially tragic that you’re still in the rebellion phase only.

It is not the billions stolen from the Hungarians and piled upon Lőrinc Mészáros and co that’s perhaps impossible to restore but the distorted and ruined Hungarian psyche. Peace and normality gave way to pretentious, nationalistic yelling about closed borders and searching for enemies. This whole situation is like living in a sanatorium where the chief patient and his boot-lickers suffering from Stockholm syndrome seized power and dosed all the others with sedatives, hoping that the effects of the drugs will never wear off. They all share the belief that screaming “we are right”  at the top of their voice will by default result in them being right.

If there is anything really endangering democracy, it is utmost stupidity itself, which can be manipulated, dosed with sedatives and taken advantage of. At the moment, Hungary can claim one individual who is pathologically dreading the people, and it is not the liberals but our chief patient. History, so willingly buried today by Viktor Orbán, has  proved up to now that liberalism never set the world on fire whereas raving populism and nationalism did. And this is what makes it all so terrifying. 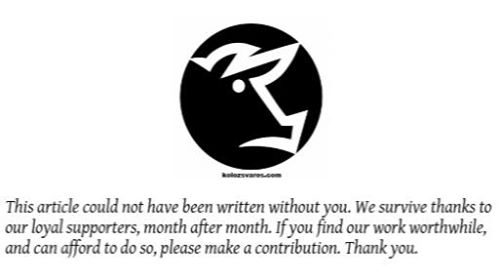 This message is only visible to admins.

Error: (#10) To use "Page Public Content Access", your use of this endpoint must be reviewed and approved by Facebook.
Solution: See here for how to solve this error 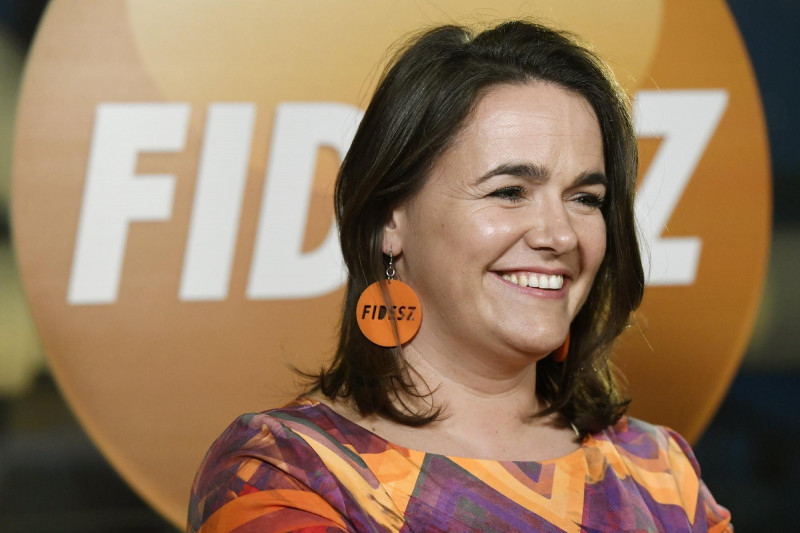 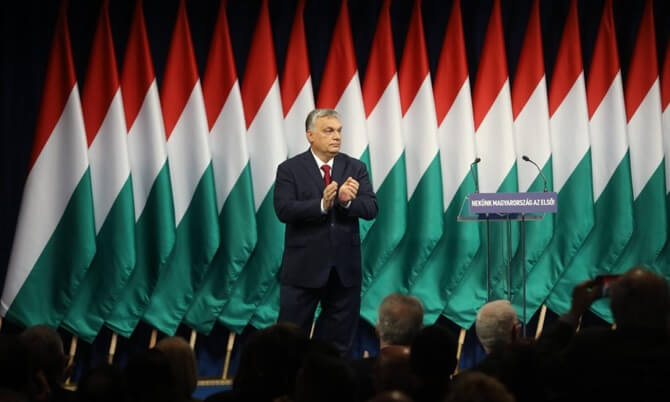 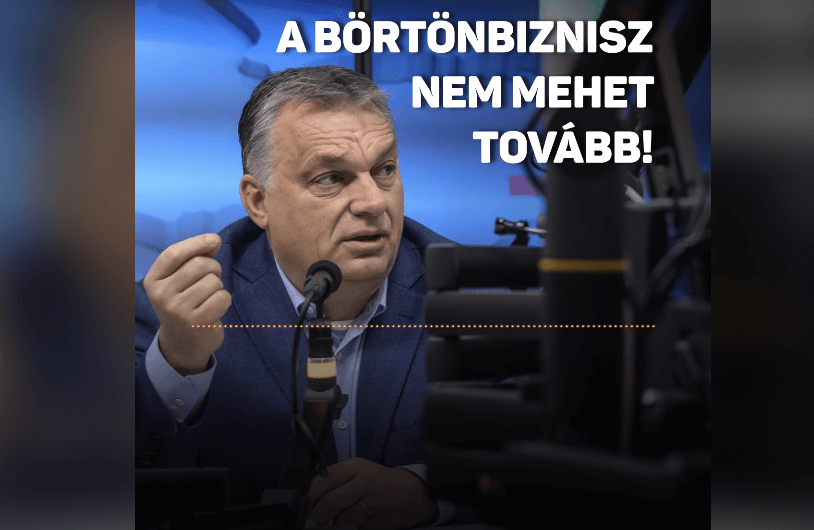 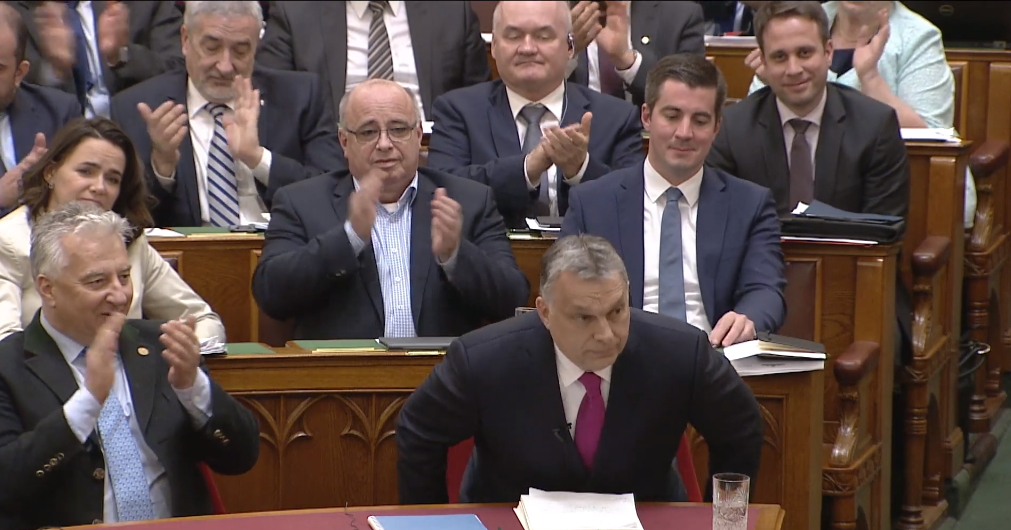 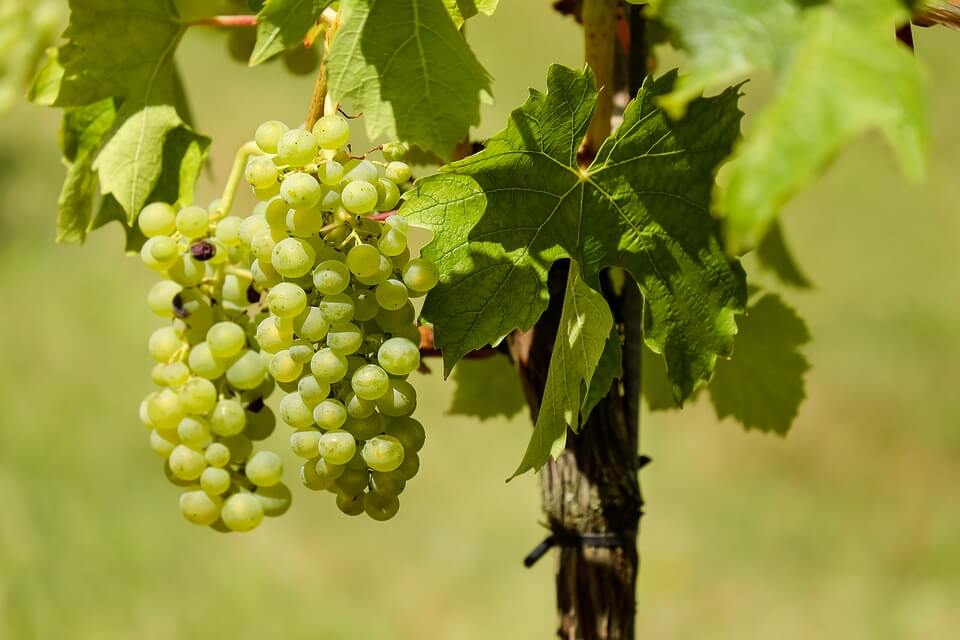 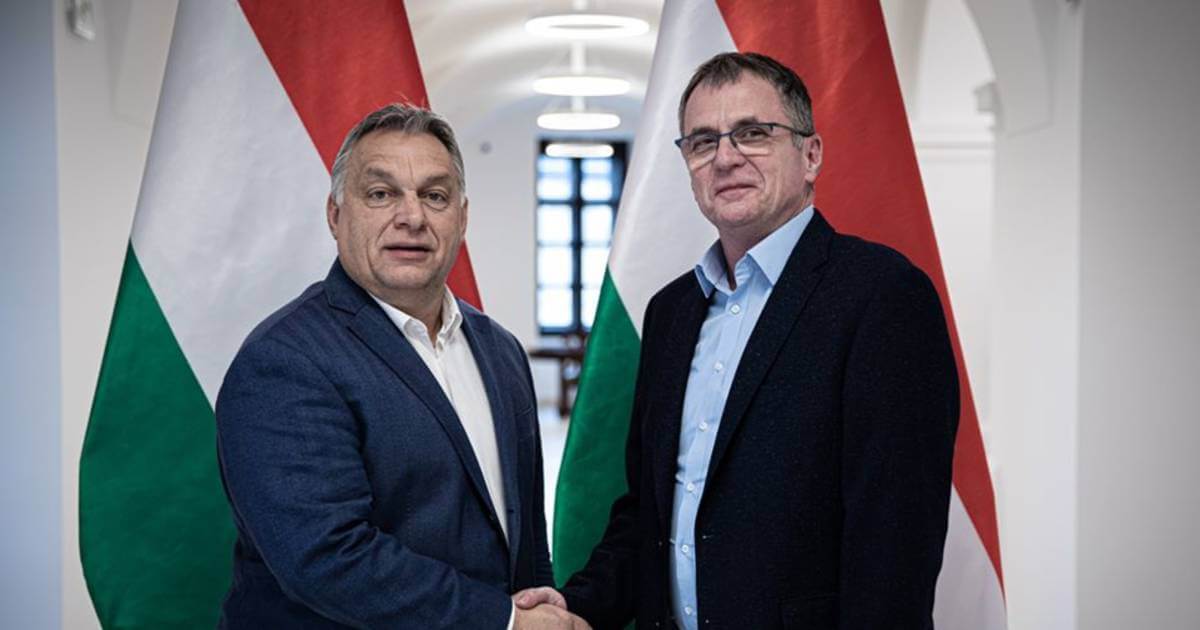 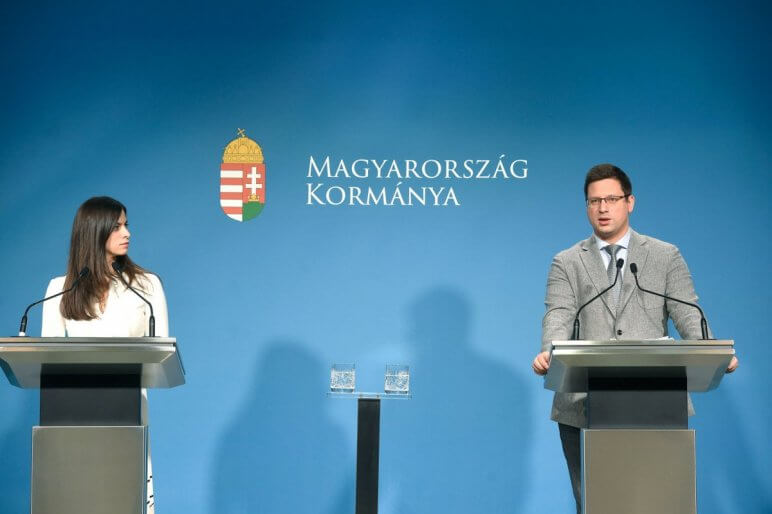 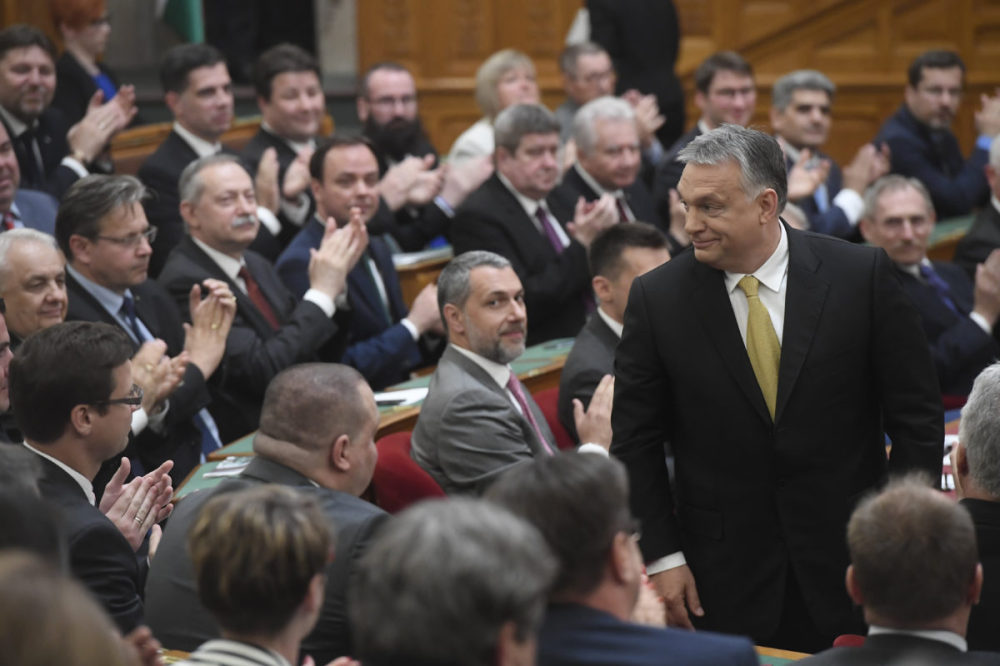 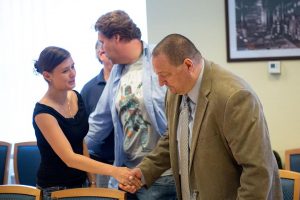